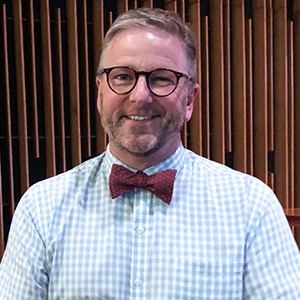 The Rev. Dr. Will Sencabaugh is an ordained UCC minister who has served as a pastor for over 27 years in Maine, Connecticut and Massachusetts. Rev. Will grew up in Attleboro and attended Sunday school, Confirmation class and youth groups at Second Church. He is a graduate of AHS, the University of Maine, Bangor Theological Seminary and Andover Newton Theological School. He and his wife, Julie, have two children: Drew who lives in Asheville, NC and Jenna who lives in Boston.

He is a huge New England Patriots fan (and claims he is available 24/7/365 unless there is a Patriots game—then, he is ‘off the clock,’ and will resume pastoral duties when the game is over)! He is an avid reader and is often in the middle of at least three books at once. When his children were growing up, vacations were planned where they could visit an ‘away’ ballpark to see the Red Sox. He has seen the band, Phish (28 times), in many ‘away’ cities as well. Rev. Will plays guitar ("I’ve been playing too long to be this bad") and dabbles with the drum kit.

"A big draw for me was coming home to Attleboro, but I wouldn’t have accepted the call to Second if I didn’t feel like it was the right fit. I believe this is where I am meant to serve God. The Holy Spirit has been active in the church for hundreds of years, but one of my goals is to help the congregation develop a strong, vital mission and vision for how we can serve the greater Attleboro community today."

His sermons and worship style are ‘down-to-earth,’ helping us to connect the Bible with today. He brings storytelling, humor and pop culture references into his messages. His sermons will make you smile, think, and move you to action.

"I want people who grace the doors of Second Church to know that God loves them—(and there’s nothing they can do about it!) I want people to feel an extravagant welcome when they come to worship, to feel connected and find an authentic community—where they can open their minds and their hearts."

Our Administrative Assistant provides support to the Minister and all other staff, officers, boards and committees. Fred is a graduate of Attleboro High and Norwich University. He is retired from Brown Brothers Harriman & Co. as a programming project leader and from the U.S. Army Reserve as a Lieutenant Colonel in Personnel and Administration. He is a life-long member of Second Church, having been active in youth groups and Scouting early on, and passing through most of the committees of the church since starting his family.

Fred describes his current position as the greatest retirement job he could hope for, working closely with several hundred of his closest friends. He is also the Church Clerk and Curator and is active in the music programs, facility maintenance and other areas. Fred lives in North Attleborough with his wife Sandy who is also very active in the church. They are the proud parents of three and grandparents of ten! 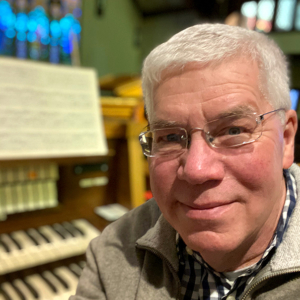